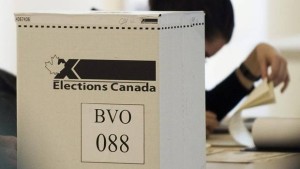 “It’s very hard to understand something so precious as democracy until it’s taken away from you. It makes you feel small. It makes you feel marginalized,” he said. He said the Canadian government could pass laws affecting his passport or change tax rules that would affect him, adding that he worked hard and contributed to Canada until his studies took him to the U.S.

“At the end of the day, my Canadianness is uncontested.”

He and Mr. Duong brought the challenge after being unable to vote in the last federal election. The ruling makes it unlikely, but not impossible, that they and other non-residents will be able to vote in the October election. Lawyers for the two non-residents could still ask the courts to block the effect of the court ruling, pending an appeal to the Supreme Court. A lower court had ruled in their favour, striking down restrictions as a violation of the Charter of Rights and Freedoms’ Section 3 guarantee of the right to vote to all citizens. The federal government had appealed.

The Court of Appeal’s ruling revealed a deep breach over voting rights between the two judges in the majority and the dissenting judge, Justice John Laskin. They disagreed on almost everything – from the government’s objective to the effect on non-residents of being unable to vote.

The majority said the voting restrictions are temporary, do not speak to the non-residents’ “worthiness” as citizens and could be regained if they return to the country. They said, therefore, that the court should relax its standard of review and defer to the government’s choice. They said that voting restrictions based on residency go back many years in Canada and that strengthening the social contract was the implicit purpose of the residency requirement. (The restrictions at issue in the case were passed in 1993, but a brief return was enough to reset the clock until 2007, when Elections Canada changed its policy.)

In dissent, Justice Laskin said the ruling has the effect of turning non-residents into “second-class citizens.

“We live in a global community,” he wrote, and the Charter’s framers intended voting rights to be protected.

He also said the government “invented” the goal of protecting the social contract only after a Superior Court judge struck the law down last year. But even if that were the goal, he said, it would not justify putting a limit on a right that the Supreme Court has extended even to federal prisoners. He called voting a “core democratic right” and said “judicial scrutiny of the government’s justification should be exacting, not deferential.”