HomeLearning from Australia how to vote from abroad we Cambodians Overseas want to vote in Cambodia
petition
Cambodian Overseas, Dual Citizenship, National Election, Petition
No Comments 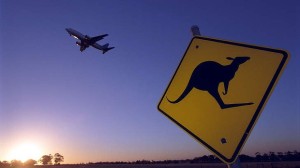 How to vote while overseas

If you are a Western Australian who will be living or travelling overseas on election day, Saturday 5 April 2014, you can still vote. If you are enrolled to vote in WA you can:

In person voting will be available at the following locations for the WA Senate election.

You should complete your ballot paper on or before election day and post back to the AEC as soon as possible. You only have until Tuesday 22 April 2014 for your ballot papers to be received by the AEC returning officer in your division.

I am unable to vote, what should I do?

If you are unable to vote you should complete and submit an Overseas Notification form [PDF 55KB].

If you do not inform the AEC, we will write to you asking you to explain why you did not vote. If you explain you were overseas, you will not be fined.