Congress statement of CNRP to include Cambodians overseas

Political Paradigm of Pragmatism from the Khmer Youth part 58 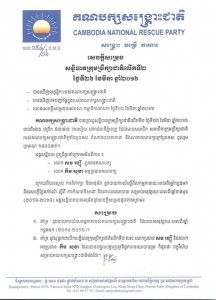 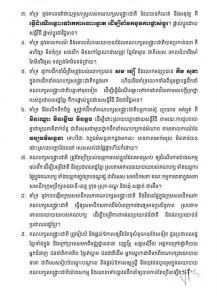 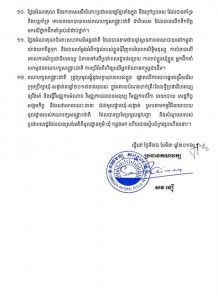 This part (58), Mr. Sophan Seng analysed on the recent outcome publicly announced by Cambodia National Rescue Party (CNRP) supportive to all Cambodians overseas in participating with politics and social development of Cambodia.

Furthering to his appreciation of the statement, Mr. Sophan urged CNRP’s 55 members of parliament to write proposal to the assembly to amend law or adjust election chapter to state clearly that Cambodians overseas can exercise full rights to vote in Cambodia elections.

He also directed the issue to Prime Minister Hun Sen to initiate this plan at the earliest during his mandate so that he could be remembered in a long term for his leadership in developing democracy in Cambodia.